Our surgery has been in professional practice in Blankenese for over 70 years, and we are proud to carry on this tradition in third generation, though we are equally open to embrace innovation. For more than thirty years, our surgery has been under the medical direction of Mohamed Said, MD, Paediatric Consultant.

We take a holistic approach to health and the health care of any child and his or her family. We see the child as a personality that must be treated and cared for as an individual. In consequence, the methods of treatment we employ range from highly specialized medical intervention to alternative forms of medicine.

We provide personalized and individually designed treatment and medical care for you and your family.

30 Years Paediatric Practice Blankenese
Dr. Mohamed Said thanks his patients for their loyalty

The paediatric practice Blankenese has existed for over 70 years – now Dr. Mohamed Said celebrates his 30th anniversary. Meanwhile Dr. Said is treating the third generation in his practice. “This will also remain so”, emphasizes Dr. Said, who will not be holding a celebration in his practice this year because of Corona. “The anniversary is not a goodbye!”. Nevertheless, he would like to thank his little patients and their parents for their loyalty over the past three decades. 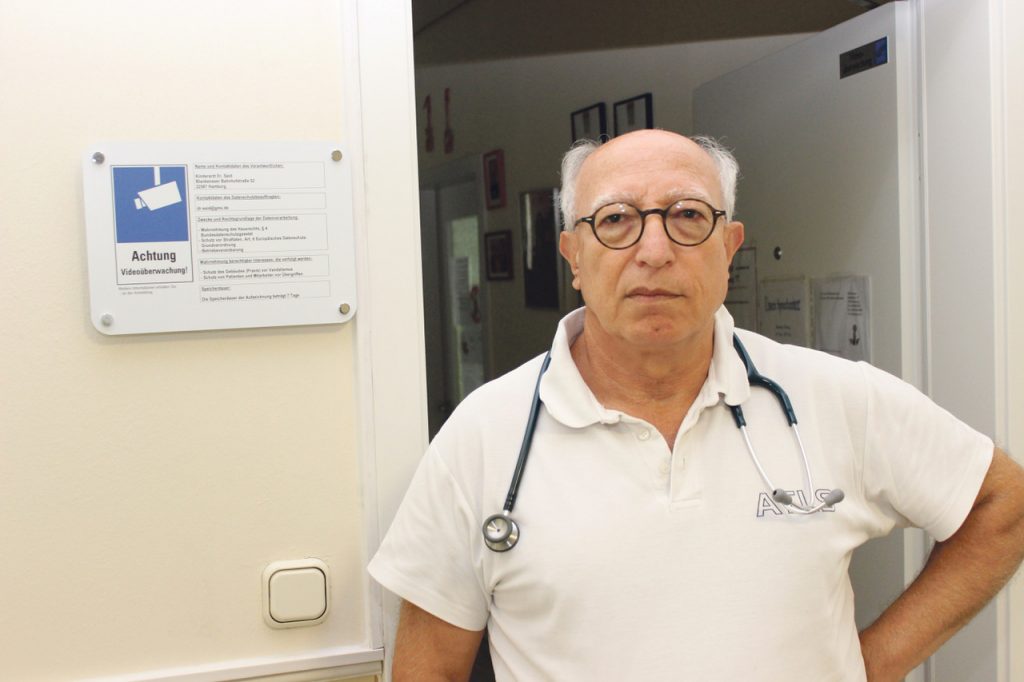 For him, the focus is on promoting the health of the children and their families. “Every child is a unique personality that needs to be treated and cared for individually”, Dr. Said is convinced. In this way he treats each child with the greatest possible respect. For years, he flew to his home country Syria during his annual leave to provide children and their families with the most basic necessities. Meanwhile he treats many Syrian refugee children in his practice in Blankenese.

Over the last ten years, the practice has developed into an international paediatric practice. Small patients and their parents from the Elbe suburbs still appreciate the familiar and holistically minded atmosphere in the paediatric practice, which has been run by Dr. Said since July 1, 1990. The spectrum of his treatment ranges from highly specialized acute medicine to gentler healing methods – depending on the findings.